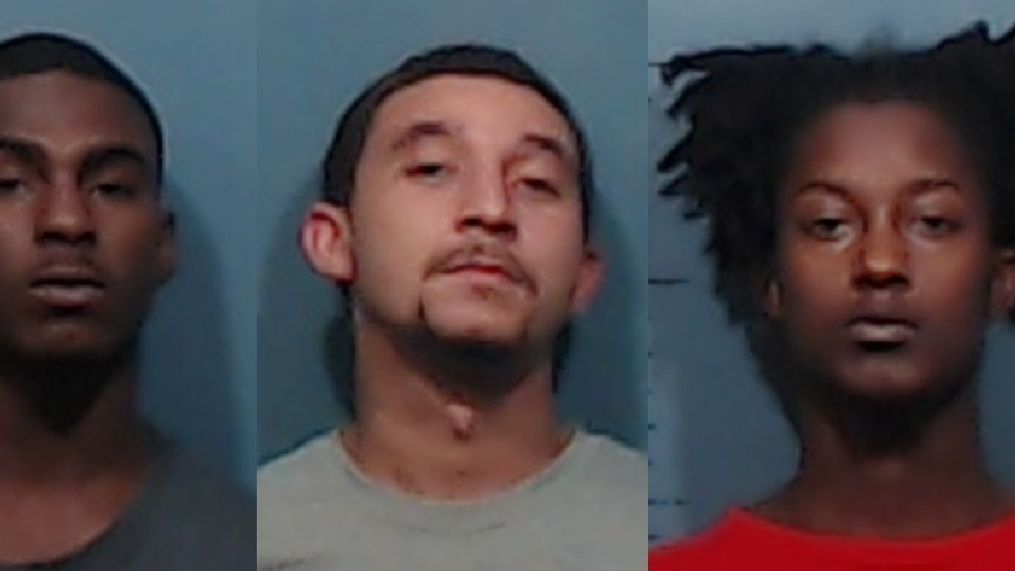 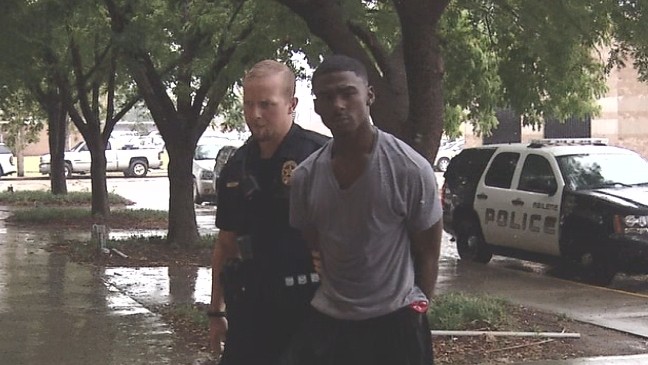 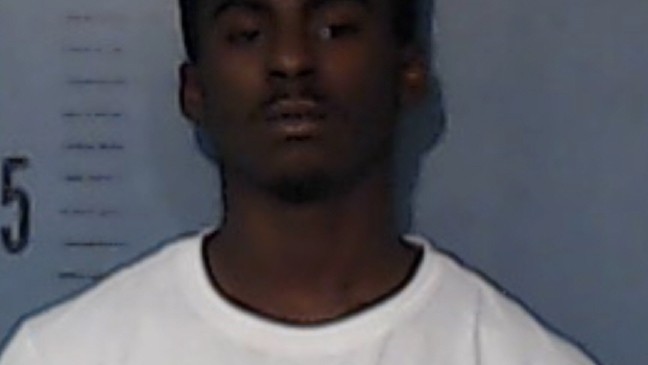 ABILENE, Texas - Abilene police have made three arrests in connection with Friday's murder of a 19-year-old Abilene man.

D'Jaman Keshod West, 19 of Sweetwater; D'Audre Raashawn Hight-Ealy, 20, of Abilene and Jerel Lamar Mathis Jr., 18, of Abilene were charged in the shooting death of Bronson Boyles.

West, Hight-Ealy and Mathis were also charged with aggravated robbery.

Abilene police made an arrest in Friday's murder of a 19-year-old Abilene man.

D'Jaman Keshod West, 19 of Sweetwater, is charged with the murder in the shooting death of Bronson Boyles. His bond was set at $500,000.

Only KTXS was at the Taylor County Law Enforcement Center when West, wearing handcuffs, was brought in by police.

Only KTXS was at the Taylor County Law Enforcement Center when West, wearing handcuffs, was brought in by police.

One witness said West got into an argument Friday night with Boyles at Boyles' apartment complex (Summer Wind Apartments) near South Clack and South 7th streets.

During the argument, West grabbed Boyles' arm, according to the witness, and shot him in the chest.

A second witness said he heard a gunshot and then saw West holding the gun over Broyles.

Neighbors loaded Boyles into a car and took him to Abilene Regional Medical Center where he died about 3 a.m.

Police said West was wearing a GPS monitor that places him at the complex at the time of the shooting. KTXS did a little digging into West's past. This is his second arrest in Taylor County. On Nov. 25, 2016, West was arrested by the Abilene Police Department on a warrant for aggravated assault out of Bexar County.

According to our sister station, WOAI, West and two other men robbed a couple Jan. 14, 2016 at their apartment. Armed with a shotgun and an AR-15, police said the suspects pistol whipped a man and forced a female to lie on the floor as they stole items.

Court records show West was indicted Dec. 12. He pleaded guilty in June. But he was given probation which is why he was wearing a GPS monitor.

Earlier in the day, Abilene police searched a home in the 2800 block of South 10th Street and said the search was related to a murder. But they have not said whether it was related to Boyles' murder.

KTXS will provide additional details as they become available.

Police served a search warrant Tuesday morning at a home in south Abilene. That search is related to a murder, according to police. But they did not say which one.

Crime scene tape surrounded the home in the 2800 block of South 10 th Street.

A KTXS crew saw police take evidence bags into the home. A Cadillac was towed from the scene.

Police said they will release information about the search later today.

There have been four homicides in Abilene so far in 2017.

HOMICIDES IN ABILENE DURING 2017 :