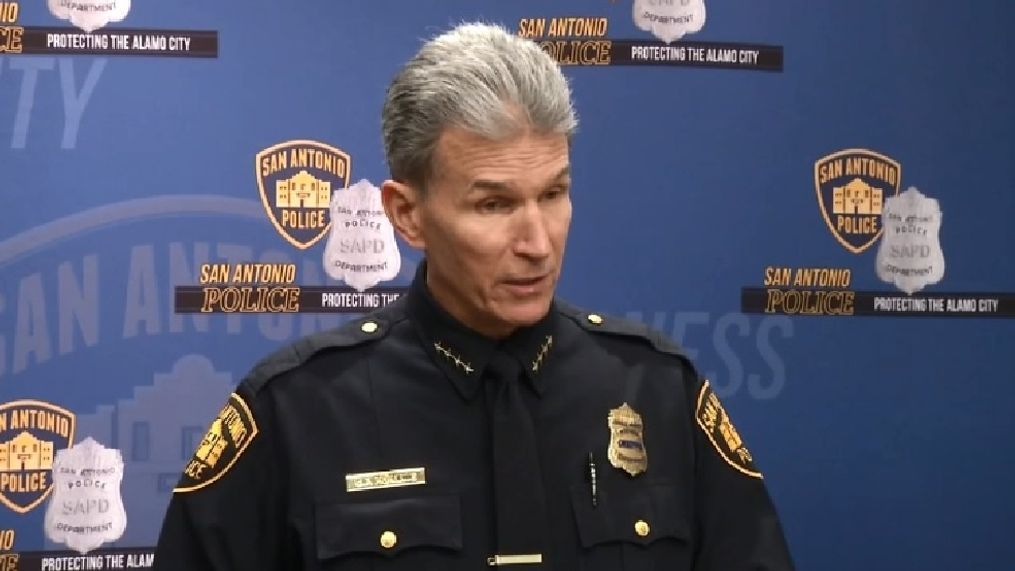 The 12 were found in the back of a tractor trailer driven by Herbert Nichols. He was charged on a state smuggling of persons charge. He admitted to picking them up at a warehouse in Laredo and smuggled to an area near Splashtown where they were supposed to be picked up. A small group can be seen exiting the trailer and leaving in a waiting car before police showed up.

The first officer on scene called for backup and the assistance of Homeland Security Investigations. According to Homeland Security, its agents made the scene, but were told at the order of Chief William McManus that the case would be handled on a state level, not federal.

"Based on the information that I had on the scene and the situation on the scene, the number of police officers we had standing around, the number of people we had lined up on the curb, that was absolutely in my mind the right decision at the time."

A decision that has now left this case involving national security in the hands of Bexar County District Attorney Nico LaHood.

He says he will have to investigate a case where the witnesses, the 12 alleged undocumented immigrants, may or may not be found since they were released by the police department.

"Its a state smuggling charge, trafficking charge, as you know, I don't try cases in the court of public opinion. I reserve all that situation I'm going to let it play out. This still is an active investigation. We are working with our federal partners. There's people who might have information about other cases so we are doing to go through our reviewing process and work with whoever we think has information that will help us and if we can help them solving cases."

Chief McManus says he'll now be working with Homeland Security Investigations under a new protocol, but would not share details.

“Homeland Security Investigations will continue its dedication to working with, and assisting our federal, state and local law enforcement partners with the objective of disrupting and dismantling criminal organizations that negatively impact the communities in which we live. The commitment is to conduct robust investigations and follow those investigations wherever they lead. The end goal is to leverage the individual resources of each law enforcement partner to work together and achieve justice. The key to achieving that success is ensuring open lines of communication,”

The Attorney General's Office will not confirm nor deny that they are investigating this case, or why the 12 alleged undocumented immigrants were turned over to non-profit agencies without federal vetting.