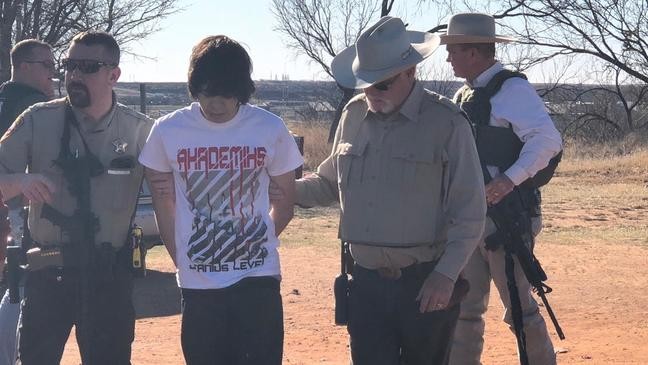 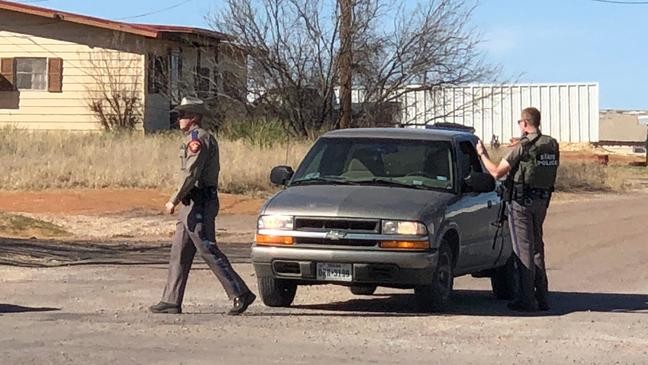 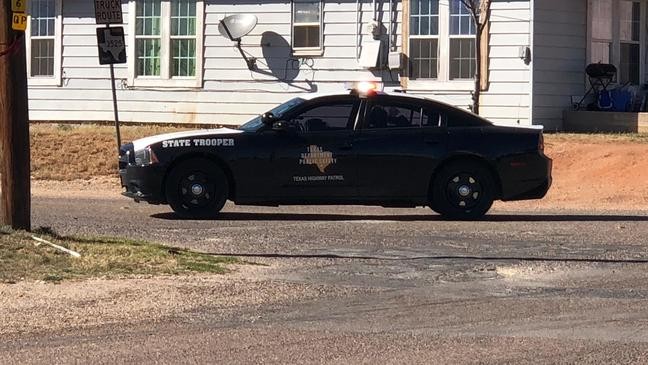 COLORADO CITY, Texas — Police have arrested two suspects wanted for a shooting at a KFC in Big Spring that left a man and a two-year-old girl critically injured.

At about 3:30 p.m. Colorado City police were notified about the wanted men. Police and officers with the Department of Public Safety blocked off roads and called in a K-9 unit for assistance.

Around 5 p.m. the men were captured and taken into custody.

The suspects are Angel Villa, 20, and Rafael Jesus Hernandez Jr., 20.

The shooting reportedly happened on Friday around 7:30 p.m. in the parking lot of a KFC.

According to Big Spring police both Villa and Hernandez occupied a tan SUV and opened fire onto two vehicles in the parking lot. The SUV continued to follow until one of the vehicle came to a stop.

Police say an anonymous tip came in and alerted them of the suspects’ whereabouts.

The suspects first led Colorado City police on a car chase and then attempted to flee on foot before they were caught.

KTXS is waiting to hear back from Big Spring police regarding the child’s condition and the identity of the injured male.

Two murder suspects were taken into custody around 5:50 p.m. Tuesday in Colorado City.

The two males were detained at a house on the corner of Cherry Street and West 10th Street.

According to the Colorado City Chief of Police, Charles Rice , the two are related to an alleged murder in Big Spring over the weekend.

The names of the suspects have not been released.

A perimeter is set up behind Colorado ISD's Wolf Stadium, between Cherry Street and West 10th Street.

It is unknown who they are looking for. Troopers are waiting for prison dogs to arrive.

Students in the athletic fields hid in sheds until about 3:45 p.m. when they were evacuated.

According to Colorado City ISD, all baseball and softball games are cancelled tonight.

KTXS has a crew at the scene and we will continue to update you with the latest.