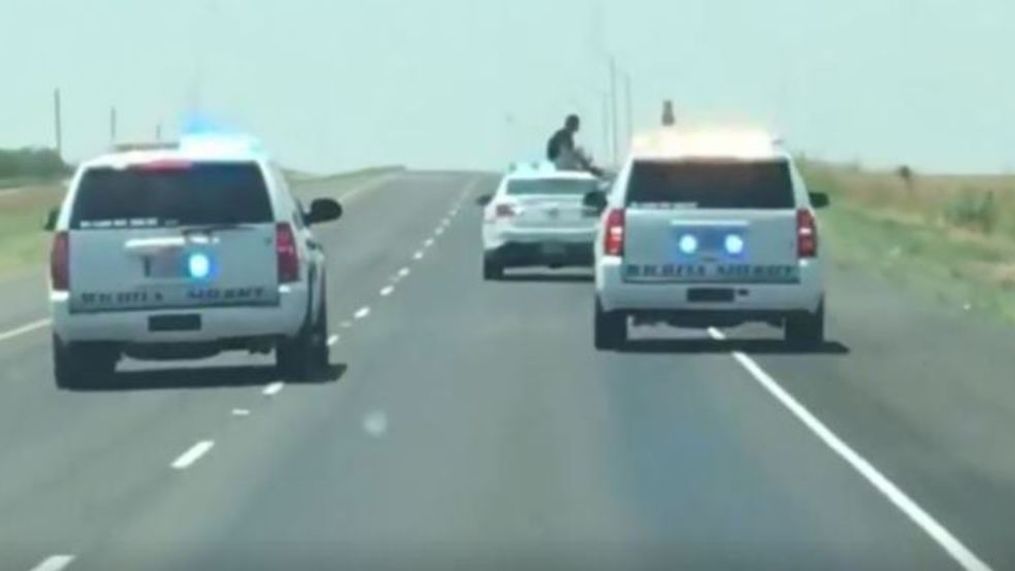 ABILENE, Texas — The Taylor County Sheriff's Office has fired a deputy who drove down a highway with a suspect on the roof of his patrol car.

Wombles was transporting Martin Gregory Estrada, 31, of Abilene, back to Taylor County from Wichita Falls on Wednesday.

Estrada freed one of his wrists from his handcuffs and shattered the rear passenger-side window of the patrol car, according to the Taylor County Sheriff’s Office.

Estrada then climbed to the roof of the vehicle after reportedly threatening to commit suicide unless Wombles stopped the car.

Wombles decided not to stop the car until Wichita County deputies arrived.

According to witnesses who caught the ordeal on camera, Estrada was on the roof of the vehicle for about five minutes.