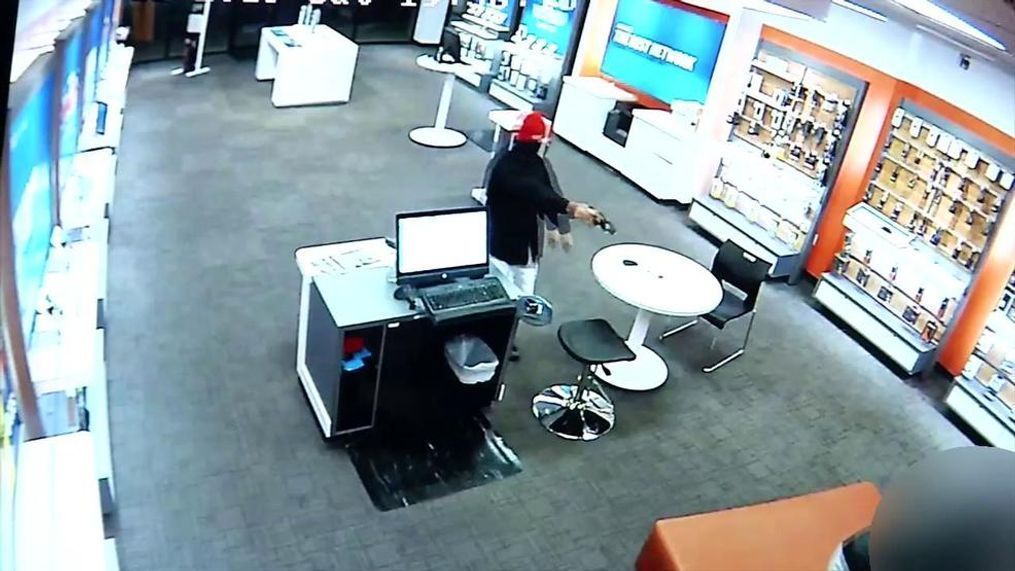 SWEETWATER, Texas — A violent robbery was caught on camera.

We first told you Monday about the robbery of an AT&T store in Sweetwater.

Tuesday, we got a look at the surveillance video.

What you see is shocking.

Minutes before the store closed Saturday night, four men rushed into the store, armed with handguns and a taser.

With faces covered, they rushed directly at the clerk.

They threw the clerk to the ground and pistol whipped him on the side of the head as he crouched in fear.

The four suspects told the clerk to take them to the money and cell phones.

"They didn't take the money, but they took all the phones," said manager Arthur Ramirez.

Once they got what they wanted, the four armed men stormed out of the store.

Ramirez was scheduled to work Saturday night, but took a few days off for a short vacation.

He was on his way back to Sweetwater when he got the call about the robbery.

The injured clerk was rushed to the hospital. Medical staples had to be used to close the wound.

Sweetwater Police Chief Brian Frieda says this type of violent robbery is something they rarely see.

If you recognize the men on the surveillance video, please call Sweetwater police at 325-236-6687 and ask for the Criminal Investigations Division.