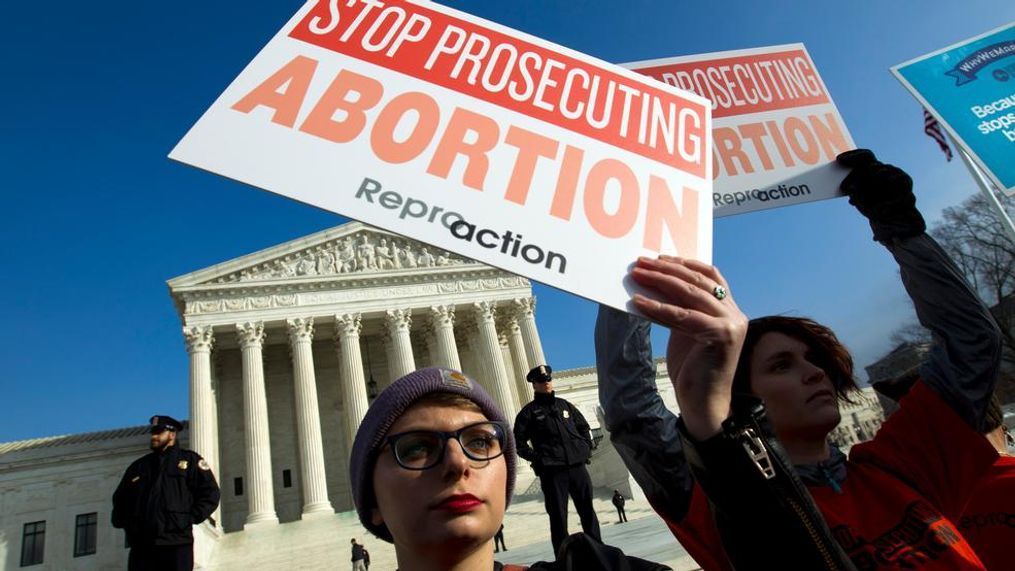 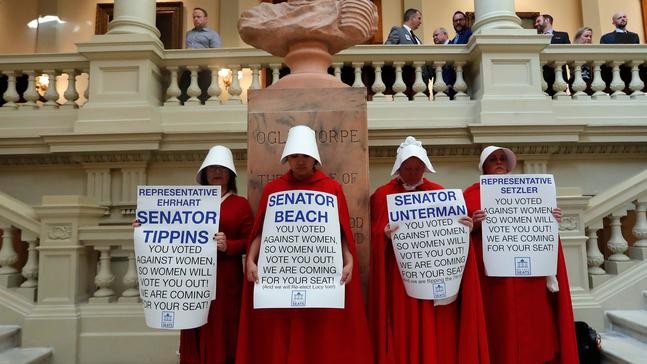 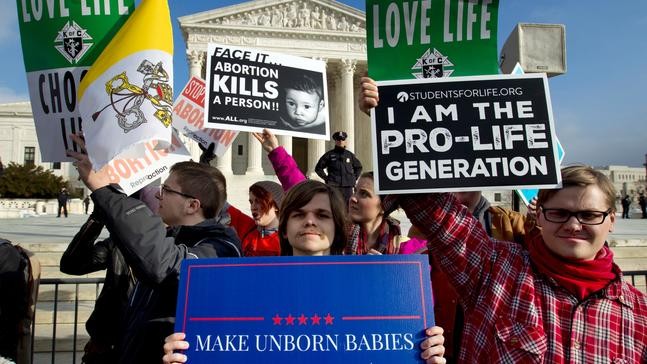 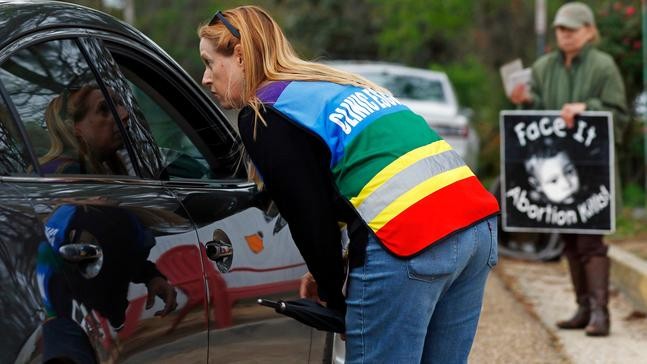 FILE - In this Jan. 18, 2019, file photo, abortion rights activists protest outside of the U.S. Supreme Court, during the March for Life in Washington. Emboldened by the new conservative majority on the Supreme Court, anti-abortion lawmakers and activists in numerous states are pushing near-total bans on the procedure in a deliberate frontal attack on Roe v. Wade. (AP Photo/Jose Luis Magana, File)

AP — Emboldened by the new conservative majority on the Supreme Court, anti-abortion lawmakers and activists in numerous states are pushing near-total bans on the procedure in a deliberate frontal attack on Roe v. Wade.

Mississippi and Kentucky have passed laws that would ban most abortions after a fetal heartbeat is detected — which means as early as six weeks, when many women don't even know they're pregnant. Georgia could join them if Republican Gov. Brian Kemp signs a measure that has been sent to him, and similar bills are pending in at least eight other states with anti-abortion GOP majorities in their legislatures.

Alabama may go further, with legislation introduced last week to criminalize abortion at any stage unless the mother's health is in jeopardy.

The chief sponsor of the Alabama bill, Rep. Terri Collins, acknowledged that the measure — like the heartbeat bills — is intended as a direct challenge to Roe, the 1973 Supreme Court ruling that legalized abortion nationwide.

"To me this is an issue the court simply got wrong years ago," said Collins, who hopes President Donald Trump's appointments of Neil Gorsuch and Brett Kavanaugh to the Supreme Court lead to reconsideration of Roe.

Staci Fox, Atlanta-based CEO of Planned Parenthood Southeast, said these bans are "blatantly unconstitutional and lawmakers know it — they just don't care." The goal, she said, is to "challenge access to safe, legal abortion nationally."

Activists and legal experts on both sides of the debate agree that getting a Supreme Court decision on such a defining case is unlikely any time soon.

The bans may face difficulties just reaching the high court, given that Roe established a clear right to an abortion during the first three months of pregnancy. Kentucky's heartbeat law has been blocked for now by a federal judge; abortion-rights lawyers are seeking a similar injunction in Mississippi before the law there takes effect July 1.

"The lower courts are going to find these laws unconstitutional, because the Supreme Court requires that outcome," said Hillary Schneller, an attorney with the Center for Reproductive Rights.

However, some federal appeals courts around the country, such as the 5th Circuit, which covers Mississippi, Louisiana and Texas, are viewed as having grown more conservative with the addition of Trump appointees.

If even one circuit breaks with Roe v. Wade and upholds a heartbeat ban, that could be enough for the Supreme Court to take up the issue, said Justin Dyer, a political science professor at the University of Missouri.

Alternatively, the high court could agree to hear any of several less sweeping anti-abortion measures. Some would tighten restrictions on clinics; others seek to ban certain categories of abortions.

What might happen at the Supreme Court is far from clear. Legal experts are unsure what effect the Trump appointees might have, or where Chief Justice John Roberts stands in regard to Roe.

Schneller said she is skeptical the reconfigured court will overturn or weaken Roe, as abortion foes are hoping: "Over 45 years, the court has had different compositions, and we've always gotten the same answer."

Michael New, an abortion opponent who teaches social research at Catholic University of America, warned that it is impossible to predict what the court will do but said Kavanaugh's appointment "gives pro-lifers hope that legislation which offers more comprehensive protection to the unborn will receive a sympathetic hearing."

Some anti-abortion groups have declined to endorse the heartbeat bills, signaling doubts about their prospects. Texas Right to Life has instead endorsed bills that would curtail late-term abortions and ban abortions based on a fetus' race, gender or disability.

If the Supreme Court ever did overturn Roe v. Wade, states would presumably be left to decide for themselves whether abortion would be legal.

The renewed challenges come as the number of abortions performed in the U.S. has steadily declined since reaching a peak of 1.6 million in 1990. The latest 50-state tally was 926,000 in 2014, according to the Guttmacher Institute, a research group that supports abortion rights.

The heartbeat bills in particular have alarmed many women.

After Kentucky's governor signed the heartbeat bill, and before it was blocked, "we could feel the fear," said Marcie Crim of the Kentucky Health Justice Network, which runs a fund supporting women who opt to get abortions.

"We had so many phone calls from people trying to save up the money for their procedure," Crim said. "They were thinking they were safe and could go get this done, and all of a sudden it was snatched away from them."

For the moment, the spotlight is on Georgia, where Kemp is expected to sign the heartbeat bill soon despite high-profile protests. More than 50 actors, including Alyssa Milano, Alec Baldwin and Amy Schumer, threatened a campaign to pull Hollywood productions out of Georgia — a hub for TV and movie projects — if the ban is enacted.

Other states where heartbeat bills have been filed — and in some cases advanced — include Ohio, Tennessee, Missouri, South Carolina, Florida, Texas, Louisiana and West Virginia.


News In Photos: "Connect to Congress"