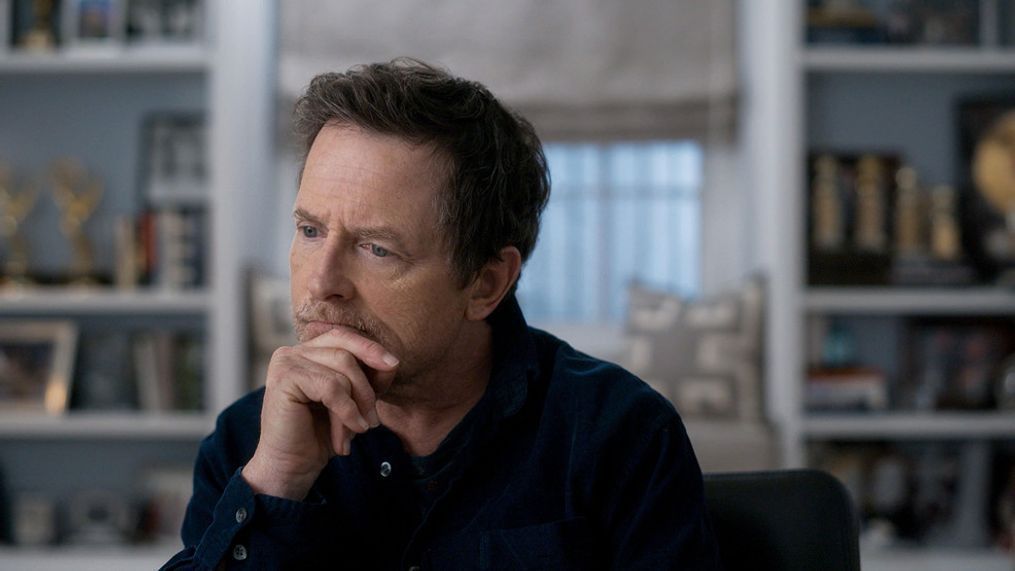 A still from "Still: A Michael J. Fox Movie," an official selection of the Premieres program at the 2023 Sundance Film Festival. Courtesy of Sundance Institute

Sundance Synopsis: At age 16, an undersized army brat landed a part as a 12-year-old on a Canadian television show. Confident he could make it in the U.S., he moved into a tiny apartment in the slums of Beverly Hills. Three years later, he was struggling to scrape by and ready to retreat. But then came his breakout roles — Alex P. Keaton on the sitcom Family Ties and Marty McFly in the Back to the Future trilogy — and a superstar was born. Michael J. Fox dominated the industry for most of the 1980s and '90s, but a diagnosis of Parkinson's disease at age 29 threatened to derail his career.

Fox's improbable story sounds like the stuff of Hollywood, so what better way to tell it than through scenes from his own work, supplemented with stylish recreations? Owning his own narrative, the actor playfully recounts his journey with intimacy, candor, and humor. In the hands of Davis Guggenheim (An Inconvenient Truth, 2006 Sundance Film Festival), Still reveals what happens when an eternal optimist confronts an incurable disease.

Review: As someone who grew up in the mid-1980s, Michael J. Fox was something of an idol for me. Alex P. Keaton would have fit perfectly into the conservative environment that I was raised in. A part of me aspired to be like Alex, but it turns out that I was more of a Marty McFly.

I don’t typically read actors’ memoirs. I’m more interested in the lives of people like Elie Weisel or James McBride. I bought Fox’s “Lucky Man” when it was released in 2002 and there are small lessons from the book that I think about often. I don’t have Parkinson’s disease, but I’m broken in my own way and the desire to hide that part away from the world hasn’t always been the best of my ideas. It wasn’t the best of Fox’s ideas either. I looked at the way that his symptoms had an impact on those who were close to him. How he helped to defuse the fear of his children when he asked one of them to hold his pinky if it started to shake.

I probably would have loved “STILL” regardless of its cinematic quality, but to get a film that is so lovingly created is amazing. And Tracy Pollan? What an incredible person. I’d love to see a documentary about her.