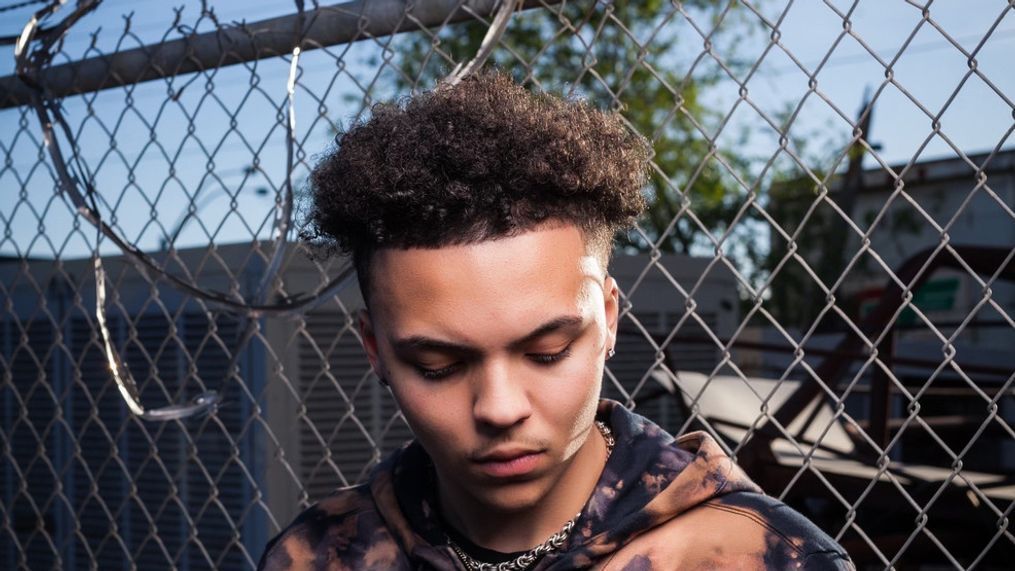 When most kids are in the teenage years, they're thinking about relationships or getting ready for college. That's just not Mpackt's style.

At 19, hip-hop/rap artist is off and running with his career - with lots of new material to release, and will soon be going on a national tour as part of the ‘Mr. Crawford Tour’ for NoCap.

Mpackt has just launched a Kickstarter campaign that will help him create new music, including a new single "Stay Dangerous," and reach a new batch of fans, especially while on the road.

“I want to thank my backers on Kickstarter and everyone who makes a pledge,” says Mpackt. “I’m excited to give back with the rewards we have set up Kickstarter and to meet everyone out on this tour. I honestly believe what fans can expect from me on this upcoming tour with NoCap is a breath of fresh air. I believe I am bringing some new life with old-school elements to the hip hop and rap community. I think my music has a lot of elements that people will relate and connect to along with the energy that I have to bring to the table with my live show.”

Mpackt's tour hits Texas this weekend, with shows at House of Blues venues in Dallas on Sunday and Houston on Monday.

“It is an honor and privilege of mine to work and perform formally with NoCap and the MAC Agency. This is a huge break for my career that I’ll continue to excel in. I look forward to providing an unforgettable performance during this tour - in hopes as well to work with NoCap and Big Yavo in the near future. My team and I look forward to creating a new bracket for the west coast. Thank you again from me and the UPROAR team.

A self-taught musician. Mpackt began playing instruments at the age of 7 and has been performing on stage touring with his professional musician father since the age of 3.

In his early teens, Mpackt began to focus his attention on rap music and audio production. With his father’s rock and metal influence, Mpackt has developed a unique sound that crosses many musical genres.

He has worked with the legendary Run-DMC and metal icon Wayne Static and was featured in a music video with both.

“I have a very wide range of musical influences that are very diverse from different genres of music - including old school ‘west and east coast’ rap/hip-hop, multiple genres of rock and metal, R&B, and classical music. As of right now we are working on putting together my debut album to bring to the masses. We will announce a release date soon through Uproar Entertainment Group.”

And it seems like Mpackt is putting his own stamp on hip-hop, with a style he calls “rap with soul.” “It represents what I put into my music and into life my in general. I put my heart and soul into everything I do and my music and lyrics represent that.”

Mpackt will be embarking on his national tour with NoCap on the heels of the 3rd anniversary of his mother's tragic death. His music reflects the hardships of life, being raised by a single father and the pain and struggles along the way that he’s endured.

Lastly, Mpackt is aiming high with his future plans. “To take over the world and bring my music to the masses!”