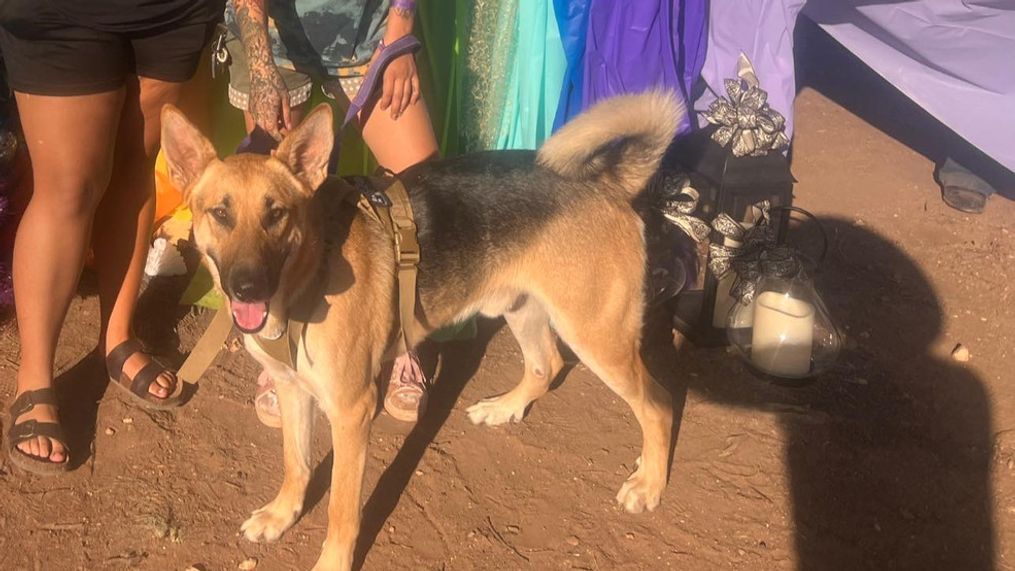 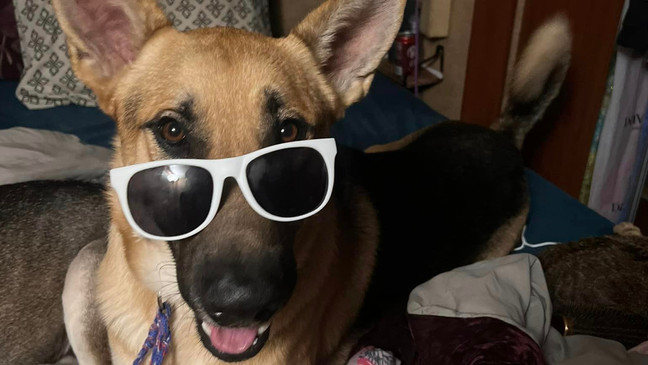 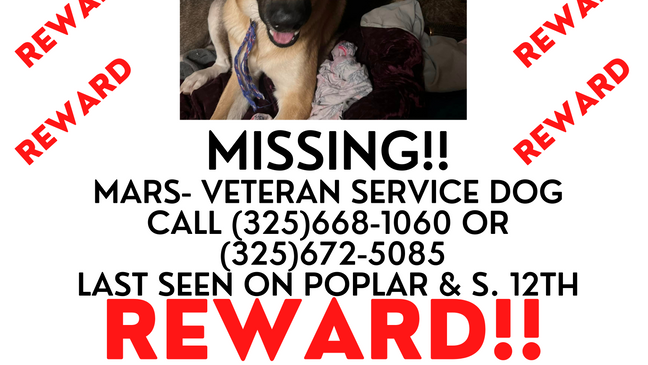 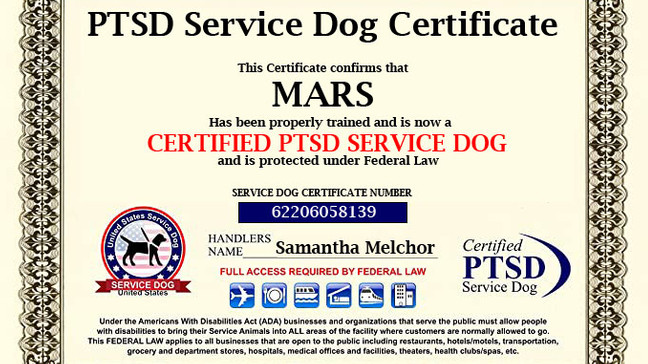 Abilenian Samantha Melchor is a retired Marine Corps veteran who lost her companion.

Mars, Melchor's service dog, went missing on the corner of Poplar, S.12th, and Butternut in Abilene two days ago after the back gate of her home was unknowingly left open. Melchor said Mars and her second dog both escaped that day, but were able to recover one of them, who was found injured and terrified. Melchor says the dog would never willingly leave Mars' side, and that he is trained not to wander away, as part of his job.

Mars is described as a 130 pound German Shepherd, who is trained to help Melchor with her" PTSD, stability, and numerous other ailments."

Mars has a fuzzy tail that curls up, a pink colored collar on, and a sore on the inside ankle of his back leg. She is offering a reward for his return.