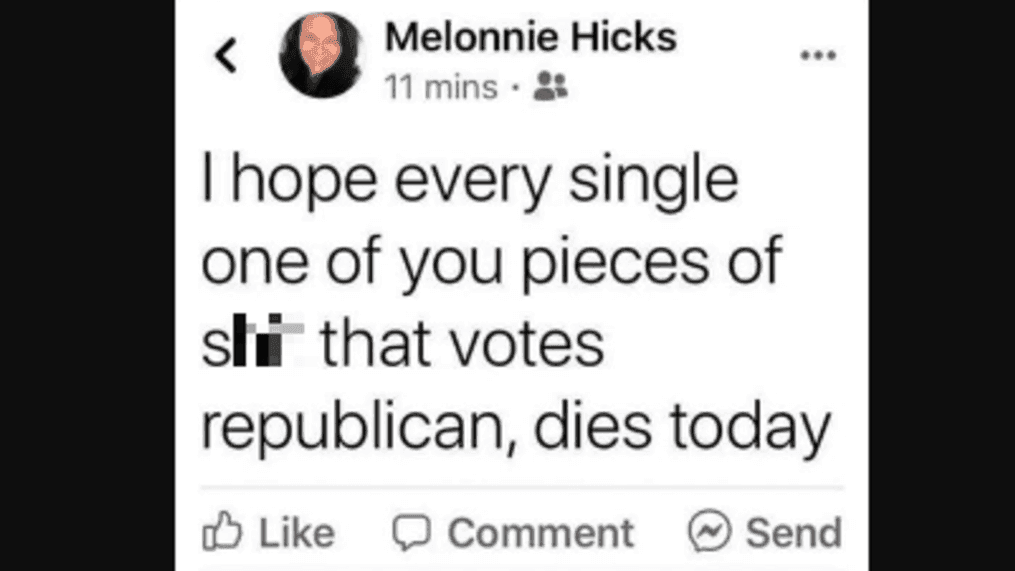 SWEETWATER, Texas — The Executive Director of a Sweetwater museum has resigned, three days after making a controversial comment on Facebook.

On Super Tuesday, Melonnie Hicks wrote "I hope every single one of you pieces of s**t that votes republican, dies today."

The Pioneer County-City Museum's Board of Directors called an emergency meeting for Friday to discuss Hicks' comment and her future with the museum.

Board President Matt Counts sent a news release to KTXS on Friday afternoon that said Hicks has submitted her resignation effective as of 5 p.m.

“While we do not condone in any way the statements made by Ms. Hicks, we do recognize and thank her for her many years of excellent service to this Museum and to this community," said Counts.

The Board expects to meet in the next week to discuss how to fill the vacancy.

Hicks has not responded to KTXS' request for comment.

After the controversy broke, Hicks issued an apology on Facebook.

“I was really mad at Republicans for voting against health care since my options today are die or go into debt to see the doctor," said Hicks. "It was gross which is what I deleted it.”