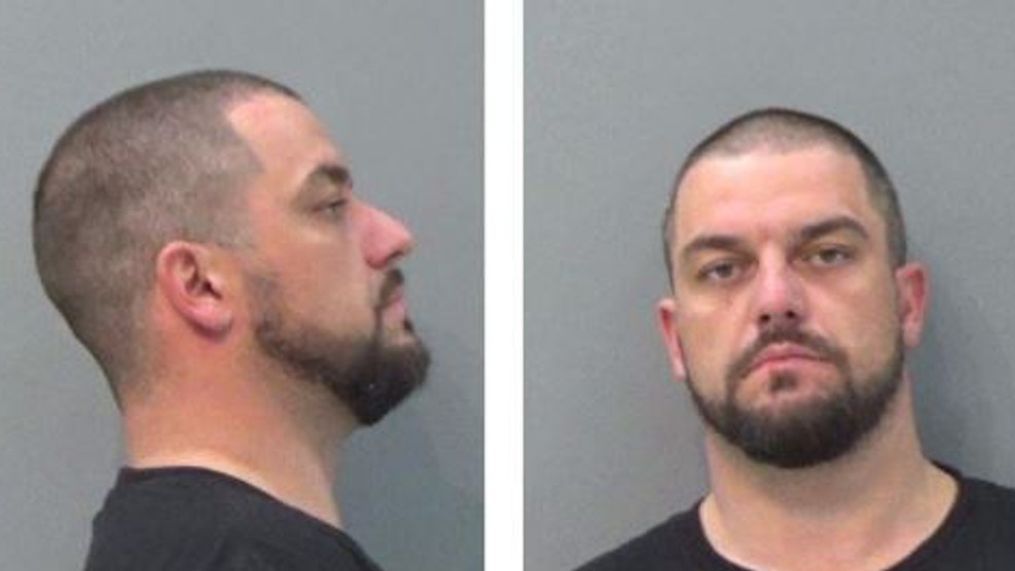 TOM GREEN COUNTY, Texas — UPDATE: According to a press release, the Tom Green County Sheriff's Office Patrol Division located a vehicle Thursday, December 15th that Smith was thought to be occupying. After they started following the vehicle, it began making strange turns though Green Meadow Drive and Willow Circle. POlice said the vehicle then made a sudden stop, and Smith exited the passenger seat, evading police on foot through an alley and into a yard. The driver of the vehicle stayed and cooperated with police, she was later released with no charges.

As the San Angelo Police Department, K-9, drone units, and the Texas Department of Public Safety were setting up a perimeter, Smith was spotted. He ran away a second time, jumping the fence of a home in the area. After a short pursuit, Smith was caught and arrested shortly after 4pm. He was taken to the jail for his warrants, and given an additional charge for Evading Arrest/Detention with Previous Conviction, a State Jail Felony.

The Tom Green County Sheriff's Office is looking for a Ballinger man who has been accused of stealing a motorcycle.

According to a press release, police responded to the 5900 block of US Highway 87 North on December 9th after two motorcycles were reported stolen.

Officers saw the motorcycles being ridden northbound on Side View Road at the intersection of Apache Lane. When officers tried to stop the motorcycles, the two parted initiating two separate pursuits. Jaysen Braman drove one of the motorcycles south into the city of San Angelo, where he

One of the motorcycles, driven by Jaysen Braman headed south into the city of San Angelo. Braman was taken into custody after being involved in a traffic accident at the intersection of US Highway 87 North and 29th Street.

The other driver, identified as Stephen Allen Smith, 37, of Ballinger fled to the West Carlsbad Loop area and abandoned the motorcycle on foot, escaping into a pasture. Smith currently has warrants for his arrest for Unauth Use of Vehicle, Evading Arrest Det W/Veh, Theft Prop