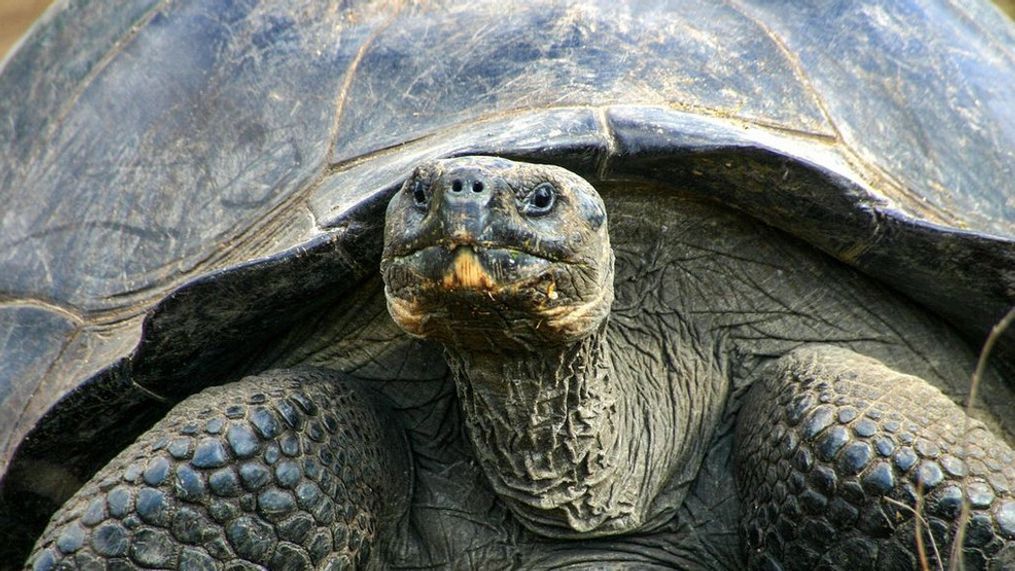 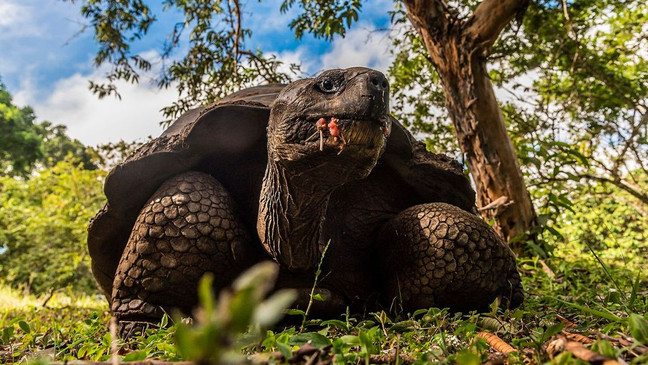 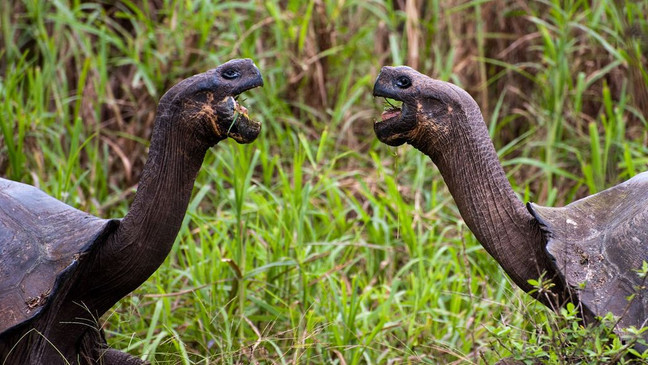 Galápagos National Park rangers have discovered the remains of 15 giant tortoises in the wild in southern Isabela Island.

The tortoises were found in the remote Sierra Negra Volcano area on southern Isabela Island.

Most of the tortoises were killed “at an undetermined time,” but two are believed to have been killed recently, the Galápagos Conservancy said on Oct. 13.

The disturbing news follows on another report this year of 185 small tortoises found on March 29, 2021, in a suitcase at the Baltra Island airport being trafficked to the mainland for sale, as well as earlier reports: in 2018, 123 juvenile tortoises were stolen from the Giant Tortoise Breeding Center on Isabela Island,” the conservancy said, “and in 2017, 29 were taken from the same facility, some of which were later recovered in Piura, Perú.“Together, these events could be evidence that Galápagos is becoming increasingly ensnared in the global wildlife trade, which takes a particularly heavy toll on turtle and tortoise species around the world.

The conservancy said the tortoises are under constant threat of being killed and illegally exported, putting pressure on a species that has spent decades fighting to survive.

“The highly imperiled state of tortoises today on southern Isabela Island, caused by the historic destruction of tortoise populations by whalers and early colonists, has been difficult to reverse because poaching continues,” the conservancy said. “While only a few local residents still kill tortoises, local demand for tortoise meat and other tortoise products has escalated. With few tortoises remaining on the primary volcano affected — Sierra Negra, which once hosted the largest of all populations in Galápagos — this ongoing killing poses a major threat to the species’ continued existence.”

The conservancy has spent the last decade providing resources and assistance to local authorities who are trying to protect tortoises from local hunters.

“However, these latest discoveries show that it is more urgent than ever to end the killing and trafficking of Giant Tortoises before they undermine the long-term trajectory of tortoise recovery. Galápagos Conservancy is stepping up our efforts to support the Galápagos National Park Directorate to find those responsible and end this despicable activity, forever.”

The Galápagos Conservancy is conducting an investigation into the 15 tortoise deaths.

Galápagos tortoises are the largest living species of tortoise in the world, weighing up to 919 pounds. They may live longer than 100 years.

The islands are well known because of the tortoises and other wildlife and also because of Charles Darwin’s use of the island to develop his theories about evolution.