2 arrests in string of brazen gaming machine thefts from stores, some caught on video 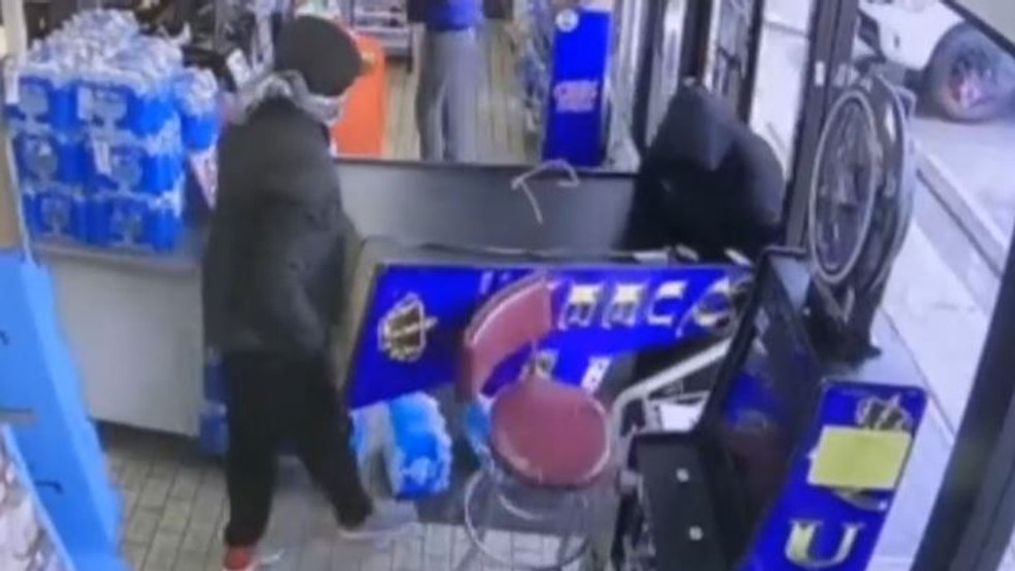 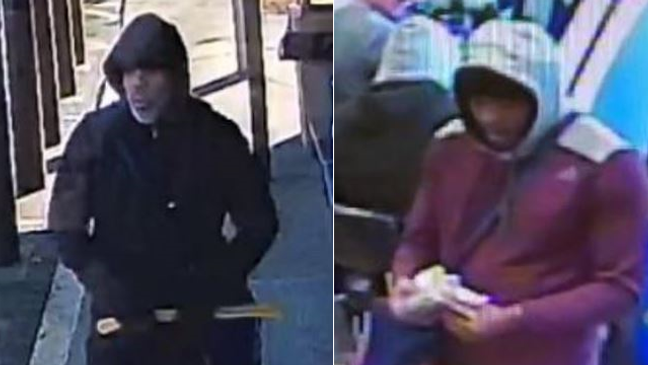 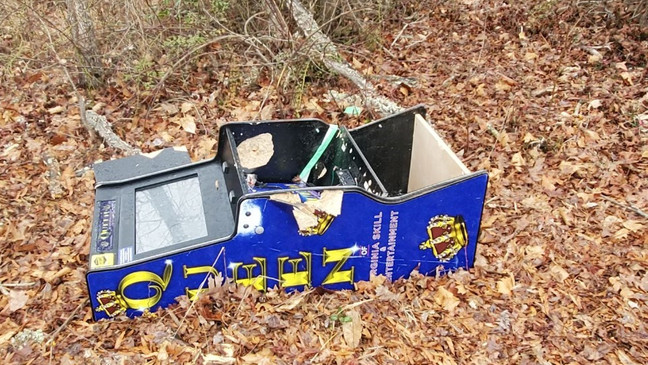 ALEXANDRIA, Va. (TND) — Police in northern Virginia announced two arrests after a string of gaming machine thefts from convenience stores. The arrests came shortly after they released video of one of those crimes happening, in hopes someone would recognize the crooks.

Tuesday evening, Fairfax County police officers went to a 7-Eleven in the Mount Vernon area of Alexandria after two men were reported stealing a gaming machine and loading it into a truck.

The officers found a truck nearby that matched the description the store employee had given. Police said they stopped the vehicle and found parts of a gaming machine in the bed of the truck.

They arrested the driver, Leonard Jones, 59, and passenger, Terrell Hardy, 35.

Authorities had said six 7-Eleven stores were hit in the past four weeks, and the brazen thieves even hit those stores while they were open, often in the middle of the day.

Surveillance video they released from a store in Alexandria shows the thieves almost casually carrying the gaming machine they picked up out of the store. Behind them, it looked like a customer watched helplessly as it happened.

In this case, police said the thieves discarded the gaming machine after they took the money from inside.

There was a community member walking a dog, who saw a gaming machine in the woods, recognized it probably didn't belong there, and called 911," 2nd Lt. James Curry of the Fairfax County Police Department explained. "So we did recover that gaming machine, not too far away from the location where it was stolen.

In other instances, investigators said thieves were discreetly breaking into the gaming machines and stealing money from them while still inside the store.

The targeted gaming machines were "skill games" that look similar to slot machines. People pay per game and typically put cash directly into the machines.

None of the thieves in the recent cases showed a weapon or threatened a store clerk, but police were concerned that could've happened.

You know, we have individuals that are committing crimes in broad daylight," Curry said. "If they're brazen enough to do something like that, we need to assume this larceny could turn into a violent incident, and that's why we want the community to be aware.