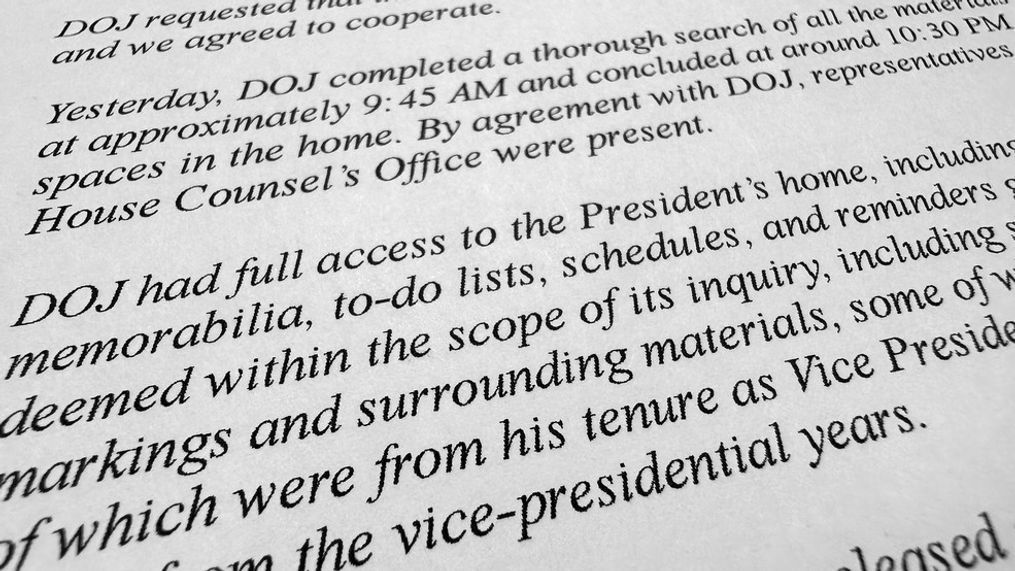 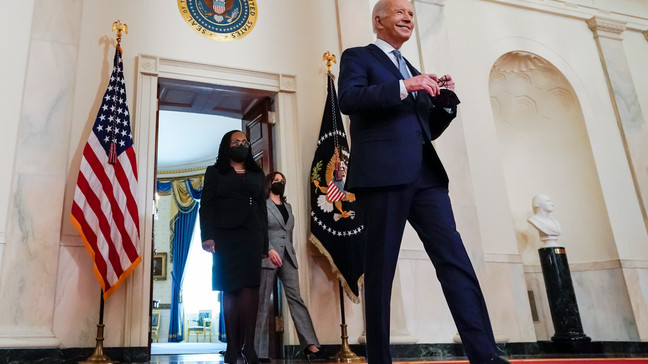 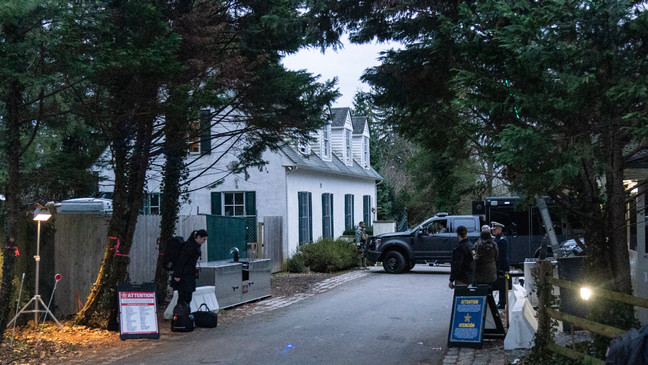 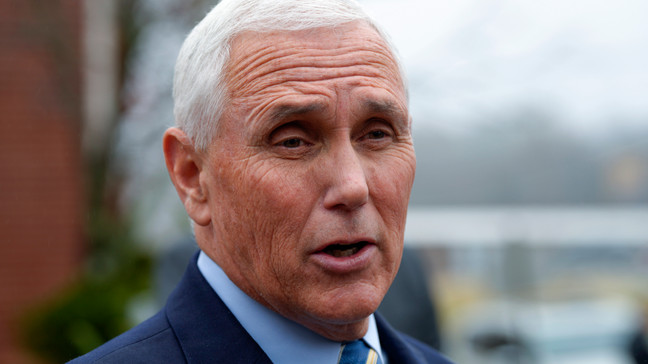 FILE - The statement by President Joe Biden's personal attorney Bob Bauer is photographed on Saturday, Jan. 21, 2023. Another search, this one by the FBI at Biden's home in Wilmington, Del., has turned up more documents containing classified markings. Bauer says in the statement that the Jan. 20 search overseen by the Justice Department lasted nearly 13 hours. (AP Photo/Jon Elswick, File)

WASHINGTON (TND) — The discovery of classified documents at the Indiana home of former Vice President Mike Pence adds to skepticism about the protocols for viewing and handling classified materials in the executive branch.

"What in the hell is going on?" Greg Pence said to CNN.

Pence is now the third former vice president or president to have been in possession of classified material outside of a secure setting. Documents were also found at the home and private office of President Joe Biden and former President Donald Trump's Mar-a-Lago estate. Attorney General Merrick Garland appointed special counsels to investigate Biden and Trump's cases.

Lawmakers on Capitol Hill have expressed astonishment that classified documents could have ended up in the wrong place, given the strict protocols they're familiar with as members of Congress.

“I think when they pack up the White House they throw a lot of material into boxes and ship it out to wherever the president’s warehouse is and some stuff gets mixed up in it. That’s my guess of what’s going on and we’re going to have to get to the bottom of it," Rep. Tom McClintock, R-Calif., said.

“It’s clear that some protocols weren’t followed," he said.

National Security Council Coordinator for Strategic Communications John Kirby addressed a question many in Washington have raised in recent weeks: Does the government overclassify documents?

"It’s always a balance and you’re always trying to meet that balance about whether things are classified appropriately. The Intelligence Community works at this. Obviously, we work at this. I wouldn’t go so far as to slap a Band-Aid on it and say 'yeah, everything’s overclassified' but it’s a balance that we try to strike to make sure that everything is appropriately marked and appropriately handled," Kirby said.

He explained what should happen if secret material is taken out of a sensitive compartmentalized information facility, also known as a SCIF.

The White House declined to comment on whether current protocols are adequate.

"In the meantime, on the specific cases, the place, the appropriate thing to do is have special prosecutor and that's what's happening," Schumer said.