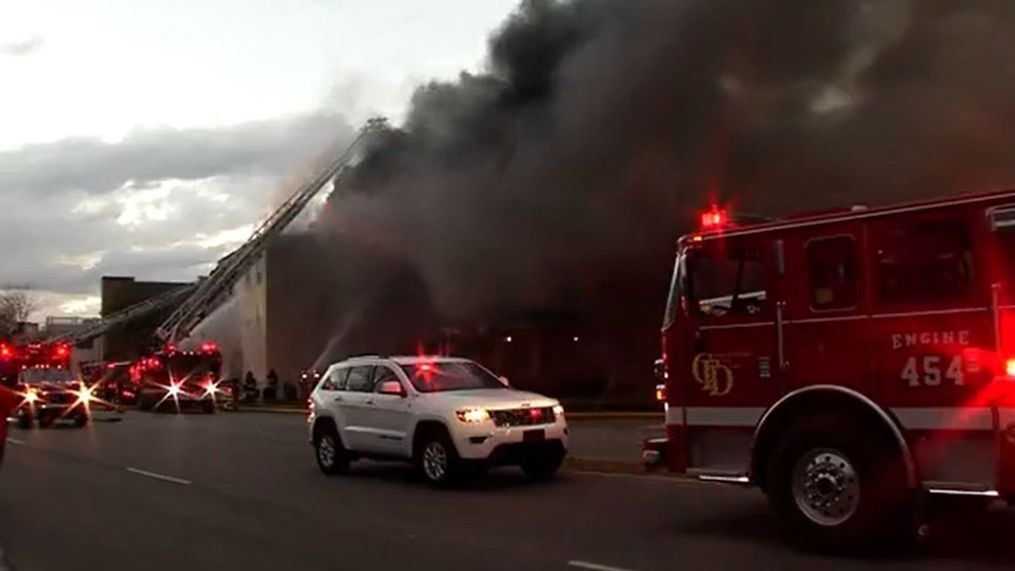 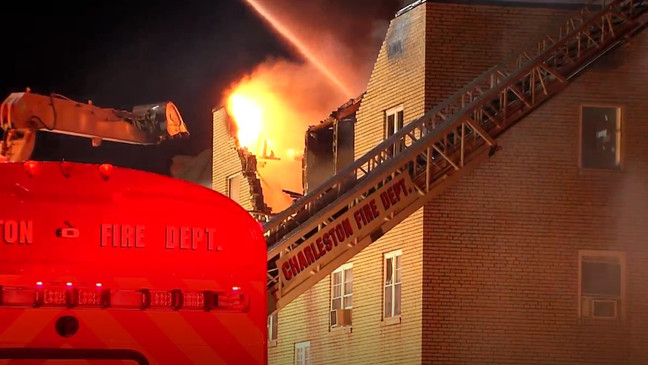 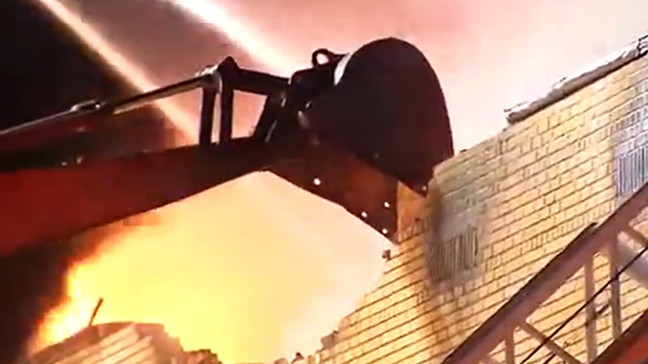 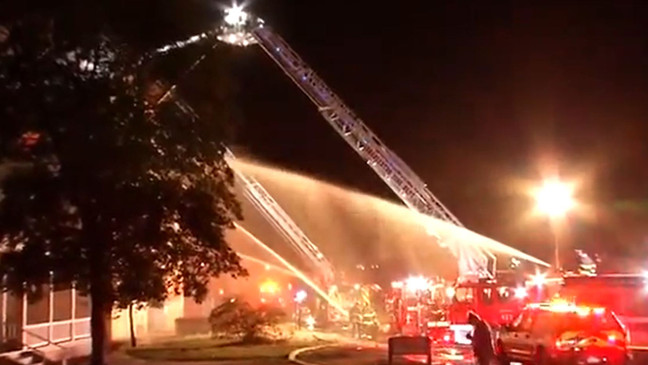 Heavy black smoke is visible as a fire roars through the Regal apartment building in Charleston, W. Va., Jan. 25, 2023. (WCHS)

CHARLESTON, W. Va. (TND) — The roof of an apartment building on fire has apparently collapsed and heavy smoke filled the air in Charleston, W. Va.

Crews have been spending the evening demolishing the four-story building and trying to keep the fire from spreading.

WCHS reports at least two dozen people were evacuated. There have not yet been any reports of injuries.

The building will be a total loss. Authorities said they think the fire started near the roof.

We have residents on the street who have lost everything they own in a fire this evening," Charleston Mayor Amy Shuler Goodwin said.

She added that city officials were working with the displaced residents from the apartment building to try and help them.

The American Red Cross set up a temporary shelter and will assess the needs of the displaced residents.

And the nearby Living Word Christian Center opened its doors to provide food and shelter for those in need.

The mayor said the building is structurally unsound.

Nobody is going back into the building anytime soon, if at all ever," she said.

But the mayor said, so far, things could've been much worse.

Right now, this is a hard scene to look at, but the best scene is everyone out of the building and that's the most important thing," Goodwin said.

The situation has a nearby volunteer fire department handling calls in Charleston since so many firefighters from the city are at this scene.

One of the residents, Seth DiStefano, expressed appreciation for them.

I'm just glad that number one I'm safe," Distefano said. "I'm very thankful for the Charleston Fire Department for how swiftly they responded and how quickly they prioritized getting everyone out.