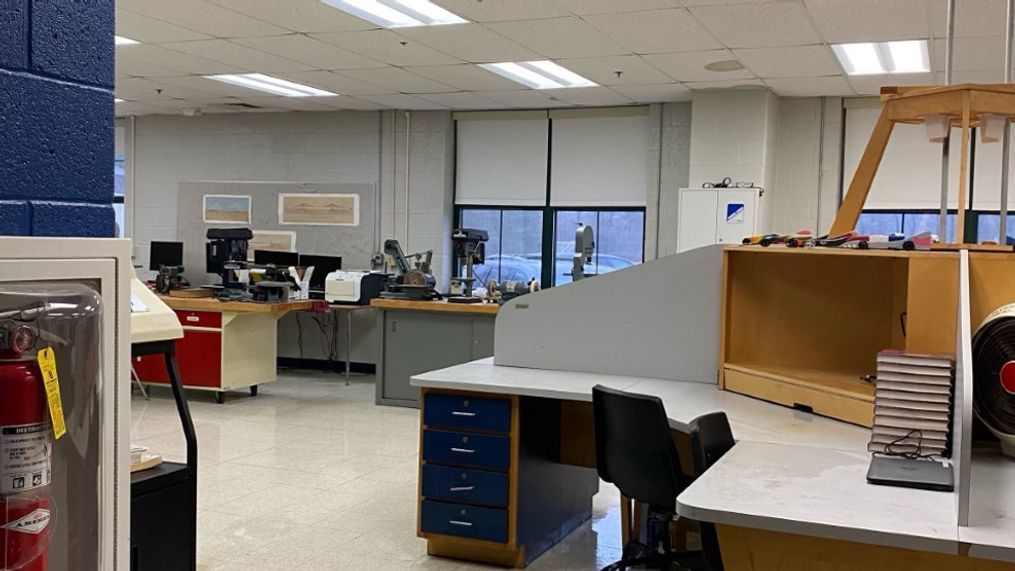 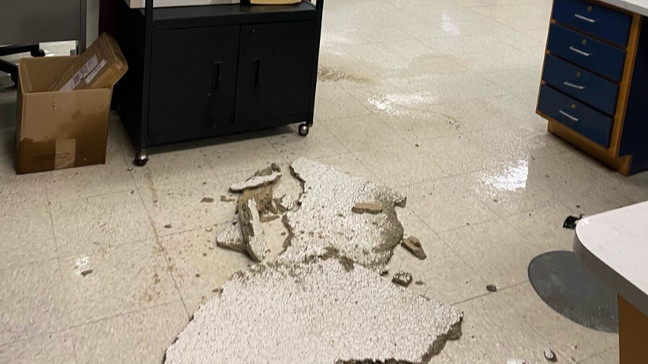 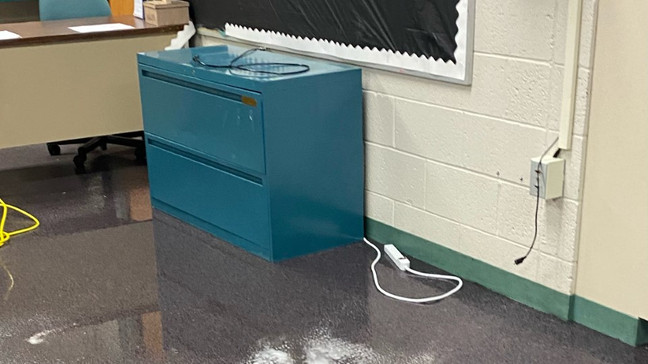 Pieces of ceiling tile are shown on the floor in a classroom at Dighton Middle School in Massachusetts. Administrators say someone apparently clogged a sink on purpose, causing damage to four classrooms. (Photo: Dighton School District)

DIGHTON, Mass. (WJAR) — Thursday afternoon was the last time that Superintendent Bill Runey said anyone checked on the art room.

Sometime after that, he said someone grabbed rags from the room and jammed a sink drain before turning on the faucet and walking out.

When our staff reported here to Dighton Middle on Friday morning, they discovered water in a couple of the first-floor classrooms. We were obviously able to determine that it came from the second floor," Runey told WJAR on Tuesday.

Water was spilling out of the sink overnight, causing a massive amount of damage to not just the art room but to the music room, the science lab and an adjoining classroom.

Clean-up crews were at the school Tuesday trying to remove any remaining water.

They were forced to cut some of the wiring around the lights and rip up the classroom rugs.

School officials said they believe the damage caused by the water is well into five figures.

The superintendent said he's working with police to try to track down the person responsible, but without security cameras it's going to be challenging.

One of my priorities through this budget cycle is to try and get security cameras in all five of our buildings," Runey said.

Police and school officials have a few groups that they suspect could've clogged the drain, but they are urging anyone with information to contact the Dighton Police Department at 508-669-6711.