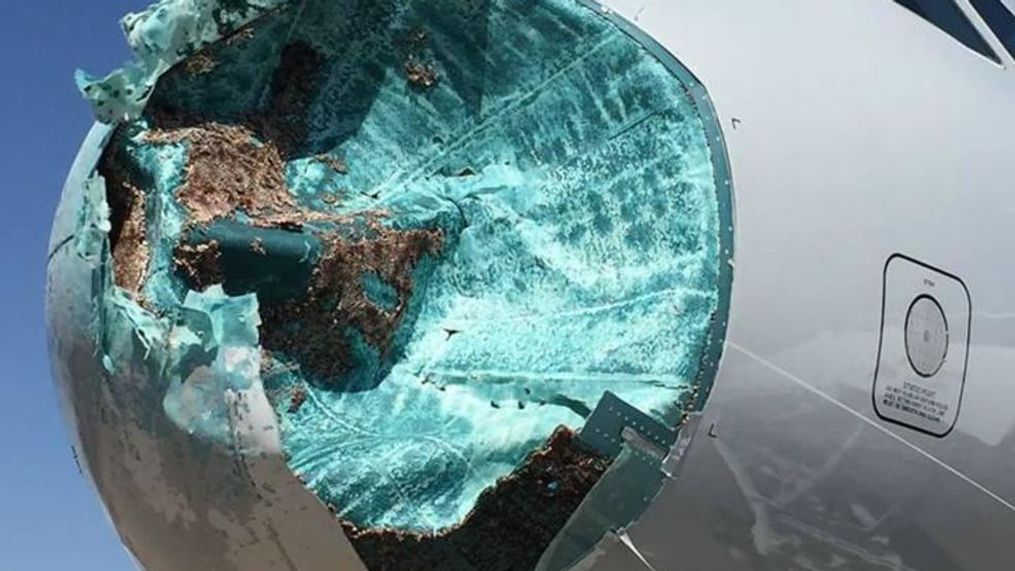 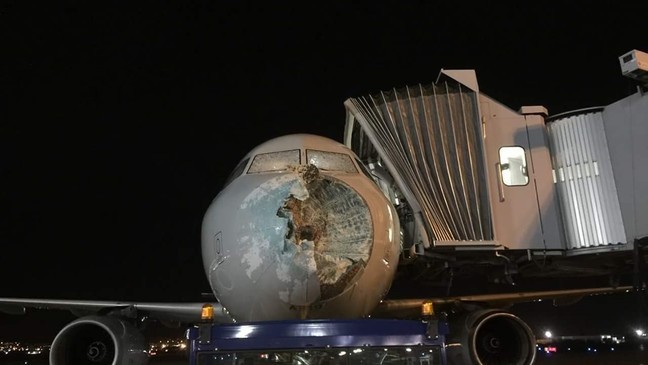 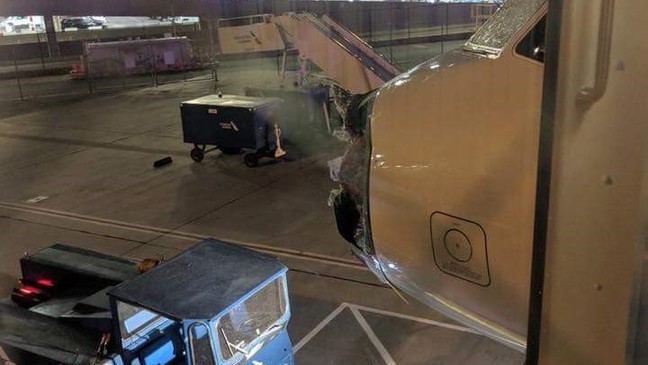 Radio communication obtained by KFOX14/CBS4 between the pilot and the tower shows hail damaged the windshield on Airbus A319.

“The hail has beat up our forward windshields pretty badly for American Airlines 1897. At this time, we don’t have a whole lot of forward visibility,” said the pilot over the radio.

Flight 1897 had left San Antonio just before 7 p.m. Sunday and had been in the air for about two hours before making its emergency landing at El Paso International Airport.

Flight tracking, courtesy of FlightAware, showed the plane circling around the airport three times before landing.

The aircraft suffered hail damage to its nose and windshield.

The flight was on its way to Phoenix, carrying 130 passengers and a crew of five, according to the airline.

No injuries were reported.

Passengers boarded another plane around 11:45 p.m. to get to Phoenix, said an airline official.

An inspection was expected to be conducted on the damaged Airbus.