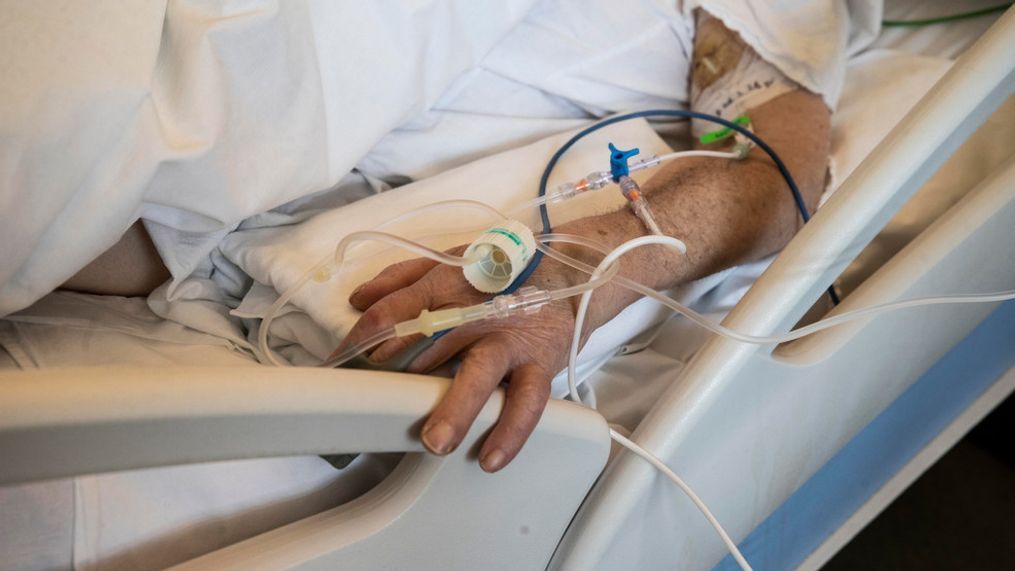 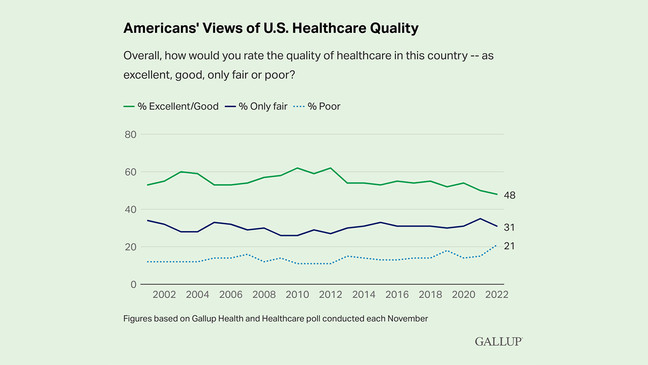 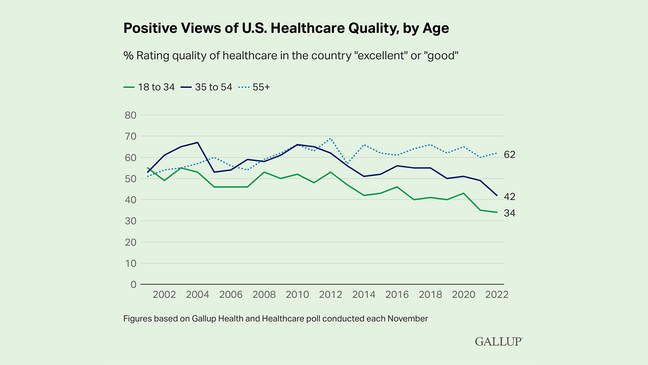 FILE - A patient under treatment lies on a bed in the emergency ward March 8, 2021. (AP Photo/Luca Bruno)

(TND) — A majority of Americans have a negative view of the quality of U.S. health care, according to Gallup.

Gallup has been surveying the public's sentiment on health care for two decades, and this is the first time fewer than half of respondents rated our health care system as "excellent" or "good."

This year, a slight majority rated the nation’s health care as either "only fair" or "poor."

There are divisions among respondents based on political affiliation and age.

Gallup says public satisfaction with the total cost of health care in the U.S. is fairly typical of what it has been over the past two decades, with just 24% satisfied and 76% dissatisfied.

Republicans are less satisfied with U.S. health care since President Joe Biden took office, and that change is largely responsible for driving down the overall level of satisfaction.

Republicans have generally been more in favor of free-market health care over government-backed universal health care, she said.

Republicans’ views of health care quality dropped in 2014 after the implementation of the Affordable Care Act before rebounding after President Donald Trump took office.

Republicans, she noted, were also more positive about health care when President George W. Bush was in office.

Positive sentiment among Republicans has reached as high as 75% over the years, whereas Democrats have more steadily held a more negative view of U.S. health care.

Democrats’ positive outlook peaked at just 58% over the years.

This year, 56% of Republicans rated U.S. health care as “excellent” or “good.” Only 44% of Democrats said the same.

It’s clear that sentiment is swayed by social-political issues, though Saad said it’s “a complex kind of puzzle” to discern just what factors are driving the biggest changes.

But people are more satisfied with their personal care, with 72% giving it excellent or good marks.

Saad said the divergence between how people view the system and how they view their personal experiences isn’t unique to health care. The same thing happens when people are asked about crime or schools, she said.