Siblings see each other for 1st time since crash killed parents, baby sister 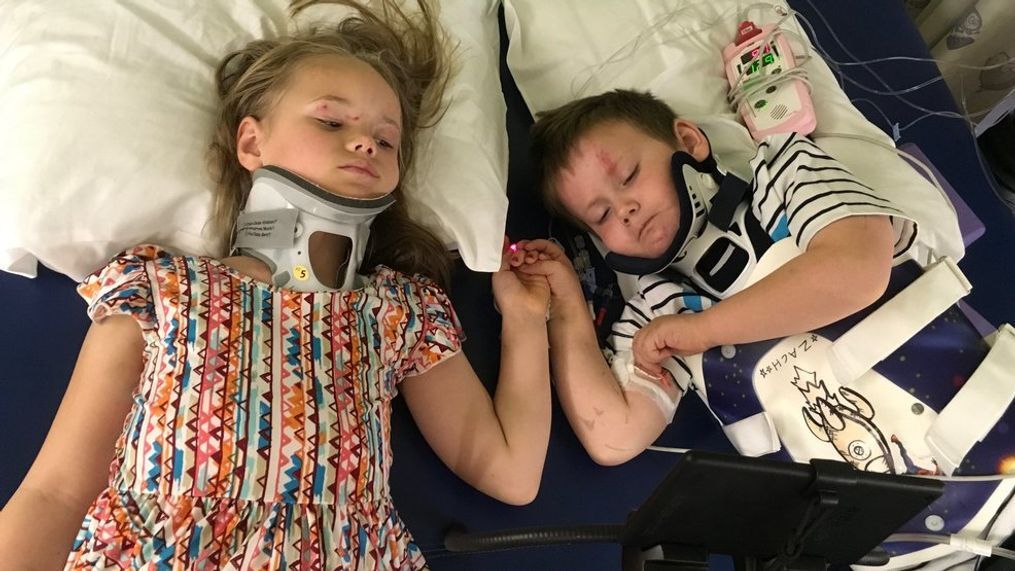 FORT WORTH, Texas (KTXS) - Two San Angelo siblings saw each other for the first time this week since the head-on crash that killed their parents and baby sister.

Family members said Zachary Clemens, five, was able to “leave his bed and get into the wheelchair for the first time” in order to see his sister Angie, eight.

Their parents, Jim and Karisa Clemens, and their two-month-old daughter Juliana, were killed April 7 when the driver of a Chevrolet Tahoe hit the family’s SUV on Hwy 87 about a half-mile south of Sterling City.

Two-year-old Nicholas was treated and released.

Zachary, Angela and Wyatt, four, were all critically injured and have been undergoing treatment at Cook Children’s Medical Center in Fort Worth.

Last week, Angela and Wyatt got to see each other for the first time since the crash.

Funds to help cover the children’s medical costs have raised more than $132,000.