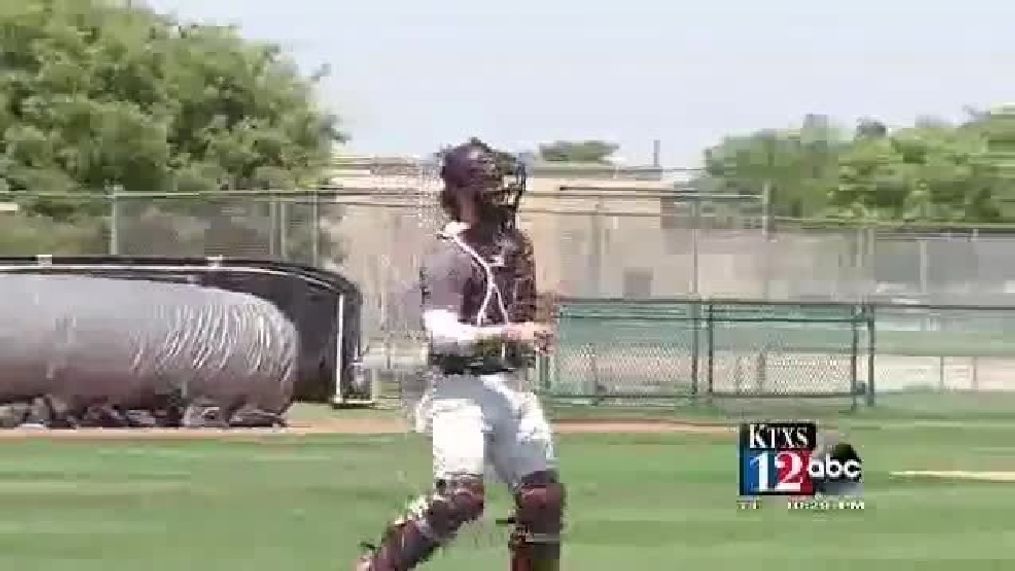 ABILENE, TX - The McMurry Warhawk players will be the first people to tell you that they weren't pegged to go very far this year, and with a roller coaster season, it ended much better than it started.

Senior Pitcher Ricky Lopez felt the pressure in the season finale, "we really knew we had to bear down there towards the end and we had to come out with three victories." Last week when the Warhawks had their final series against Ozarks, they were one loss away from missing post season entirely. But McMurry pulled it off, they took the sweep over Ozarks and finished the twenty and twenty.

Head Coach John Byington said about the final series, "I think it was simply having all three aspects of our game on spot, the hitting, the pitching and the defense. Everyone knew what we were up against, and it's always in the back of your mind, that kind of thing but use that fear as a way to have a greater desire to accomplish." Lopez added, "we've had that dream ever since the fall and we just knew what we had to do and accomplished it."

Now that the regular season is over here comes the whole new animal of playoffs. But a bonus was a full two weeks off before the first round of play. Byington is just happy the team gets to continue playing baseball. "I'm glad we have the opportunity, I'm just excited I think we can win it, we just have to have a few more days of preparation to get on track to do that." The team is feeling the same excitement, "I'm really looking forward to it to be honest" added Lopez.

The team plans to leave on Sunday, hop on a bus, have some fun, and enjoy the playoff journey all the way to Oklahoma.