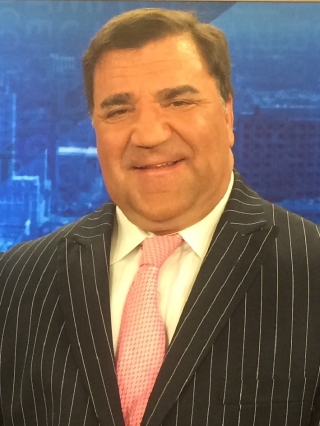 John Rupolo joined KTXS News in October of 2018 as a general assignment reporter. He is a veteran journalist who has worked in six states over the course of his career. John knew he wanted to be a journalist when he was 8 years old while watching local and network news. He was born and educated in Massachusetts and studied broadcast journalism and public speaking at Emerson College in Boston.

John began his career as a one-man band, shooting and editing his own video at a small cable news operation in Lowell, Massachusetts called Newscenter 6. It was there where John learned how to cover stories, report breaking news and learned the importance of live reporting. From there, John had stints with TV stations in Springfield, MA, Providence, RI, Erie, PA, Fort Myers, FL, Corpus Christi, TX and now here in Abilene.

John is known for investigative reporting, covering breaking news and doing human-interest stories. He is a military history and political buff. Growing up in Massachusetts, John was fascinated by the trials and tribulations of the Kennedy family. John has a lot of respect for veterans and is a proud advocate for animals. While in Corpus Christi, John saw the huge animal problem there with abuse and strays and began a weekly segment called “Pet Rescue with John Rupolo.” He also rescued his own 2 black labs, Bishop and Christi from bad conditions. John said, “They will never suffer again.”

In his spare time, John enjoys bodybuilding, travelling, going to the beach, anything musical and studying history and politics. John, who loves Texas, is excited to be at KTXS and wants your story ideas. You can email him at jrupolo@sbgtv.com.